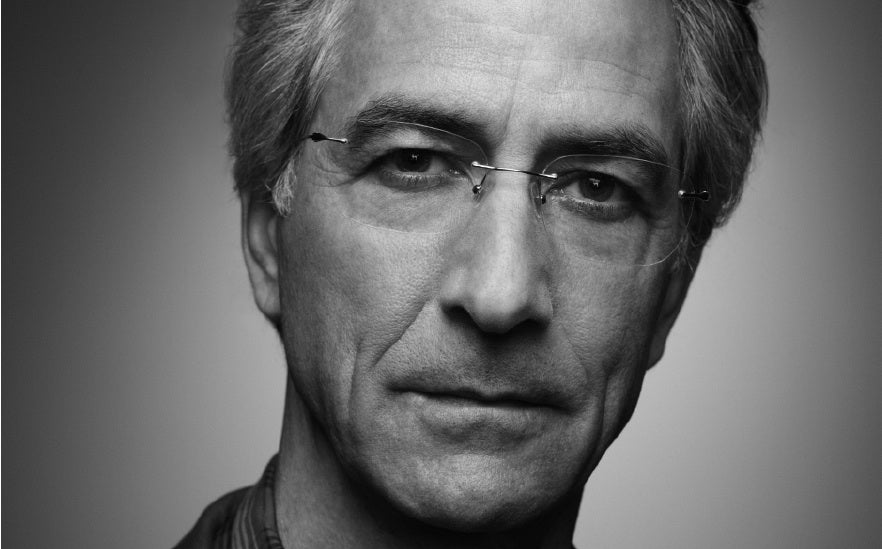 Washington, D.C. —The Davis Performing Arts Center and the Laboratory for Global Performance and Politics at Georgetown University, a joint initiative between the Theater and Performance Studies Program and the School of Foreign Service, are pleased to announce a world premiere staged reading of “Remember This: Walking with Jan Karski,” featuring Academy Award Nominee David Strathairn (“Good Night and Good Luck”, “Lincoln,” “Bourne Ultimatum”) as Jan Karski (1914-2000), with an ensemble of Georgetown students. The work, written/adapted by Prof. Derek Goldman and Clark Young (COL ’09) and directed by Prof. Derek Goldman, will be presented on Thursday April 24, 2014 at 5 p.m., on Karski’s centennial, in the Davis Performing Arts Center’s Gonda Theatre.  Please note that this event has been relocated from its original venue, and will now take place in Gaston Hall, located on the third floor of the Healy Building.

In 1942, as the Nazis began mass deportations of Jews from occupied Warsaw to the death camps, Jan Karski, a courier for the Polish Underground, volunteered at great personal risk to carry an eyewitness report of the destruction of the Jewish people of Poland to the Free World. From the underground tracks of Polish resistance to the unimaginable despair of the Warsaw Ghetto and the Nazi camps, to the Oval Office and his decades as a beloved Georgetown Professor, this work explores and celebrates the complex life and legacy of a witness, spy, diplomat, hero, and teacher who overcame overwhelming odds to “shake the conscience of the world.”

“Remember This: Walking with Karski” is free, but ticketed. Tickets can be reserved at performingarts.georgetown.edu.

Co-writer/adapter and director Prof. Derek Goldman says,”It is a tremendous honor to participate in telling the extraordinary and too-little known story of Jan Karski on the occasion of his Centennial here at Georgetown, where he spent so many of the most rewarding years of his life. This project is emblematic of the intersection of artistic expression and global politics so at the heart of our work at Georgetown and in our Laboratory for Global Performance and Politics. Delving into Karski’s story and legacy has provided a transformative window into the nature of true heroism and courage, and it is humbling to share this inspiration through this collaboration with David Strathairn, not only one of our finest actors, but a human being and artist of great conviction and character, alongside some of our most talented Georgetown students. The story of the life of Jan Karski is one that every person should know and remember.”

and runs from 3-4:30 p.m. in Lohrfink Auditorium, Hariri Building – also on Georgetown University’s main campus–preceding the reading in Gaston Hall.

For more information on all the April 24, 2014 events, visit performingarts.georgetown.edu.

DAVID STRATHAIRN, nominated for an Academy Award for portraying journalist Edward R. Murrowin George Clooney’s film, ”Good Night, and Good Luck,” also received Best Actor Golden Globe and Screen Actors Guild (SAG) nominations for the performance. In 2012 he played the part of Secretary of State William Henry Seward in Steven Spielberg’s “Lincoln” and most recently had a part in the next chapter of the life of Godzilla to be released next month, and also joined the inestimable cast of “The Exotic Marigold Hotel” in the soon to be released “Second Best Exotic Marigold Hotel”.

He made his film debut in “Return of the Secaucus 7”, the first of seven collaborations with writer/director John Sayles, in the films “Matewan,” “Eight Men Out,” “Limbo,” and “City of Hope,” for which he received an Independent Spirit Award. A few other notable film roles include his portrayal of the title character in “Harrison’s Flowers” (2000); the blind techie in “Sneakers” (1992); Joe St. George in “Dolores Claiborne” (1995); and general manager Ira Lowenstein in “A League of Their Own”.

His television work includes a range of roles: Moss, the bookselling nebbish on the critically acclaimed “The Days and Nights of Molly Dodd” and Capt. Frederick Benteen, a U.S. 7th Cavalry officer under General Custer’s command in “Son of the Morning Star.” In the 2007 independent film by David Gow, “Steel Toes,” based on Gow’s stage play ”Cherry Docs,” Strathairn played a lapsed Jewish lawyer who defends a white supremacist on trial for a hate crime. It had its American premiere at the Wilma Theatre in Philadelphia.

Strathairn appeared in the “American Experience” PBS anthology series documentary,”The Trials of J. Robert Oppenheimer,” a biography of the nuclear physicist, a role he had previously explored in the film, “Day One. The Making of Atomic Bomb”. In 2009 he took part in “The People Speak,” a documentary feature film adapted from the historian Howard Zinn’s “A People’s History of the United States.”

His work as a stage actor includes roles in Harold Pinter’s plays “The Birthday Party” and “Mountain Language” at the Classic Stage Company in New York directed by Carey Perloff (since 1992 artistic director of the American Conservatory Theatre); in Tom Stoppard’s “Hapgood” at Lincoln Center(1994); as Devlin, opposite Lindsay Duncan’s Rebecca, in Pinter’s “Ashes to Ashes” in the 1999 New York premiere by the Roundabout Theatre Company; and last fall at ACT/SF in “Underneath The Lintel”. For the past several years has had the honor and privilege to have been among the many actors performing for “Outside the Wire / Theater of War,” a company dedicated to aiding the rehabilitation and re-integration of veterans suffering from the traumatic experience of war.

DEREK GOLDMAN is an award-winning stage director, playwright, adapter, developer of new work, teacher, and published scholar, whose artistic work has been seen around the U.S., Off-Broadway, and at numerous major regional theaters, as well as internationally. He is Professor of Theater and Performance Studies and, with Ambassador Cynthia Schneider, recently co-founded the Laboratory for Global Performance and Politics a joint initiative between the Theater & Performance Program and the School of Foreign Service, and recent recipient of a major “Building Bridges” grant from APAP/ the Doris Duke Foundation for “Theatrical Visions of Muslim Communities.” His engagement in the area of global performance has taken his work in recent years to the Sudan, China, Poland, Peru, Bulgaria, and throughout the UK. He is also Founding Artistic Director of the StreetSigns Center for Literature and Performance, an award-winning professional theatre founded in Chicago, now based in Chapel Hill, NC. He is the author of more than 25 professionally produced plays and adaptations, including work published by Samuel French, and he has directed over 80 productions. Recent highlights include work at CenterStage; Steppenwolf; Lincoln Center; Arena Stage; Segal Centre, Montreal; Everyman (The Brothers Size, Best of 2012); Theater J (Our Class, Helen Hayes Nom for Best Resident Play); Folger; Round House; Synetic; Forum Theater, WordDance (Once Wild; 2013 DC Metro Dance Award for Best Group Performance) and many more. Recent/upcoming projects include Stones In His Pockets (CenterStage); The Dresser (Everyman); and his adaptation of the comic classic Three Men in a Boat (Synetic). He received his Ph.D. in Performance Studies from Northwestern University.

ABOUT THE DAVIS PERFORMING ARTS CENTER

Opened in November 2005 in the center of Georgetown University’s campus as the only building in Georgetown history designed specifically for arts education, the Davis Performing Arts Center is the administrative home to the Department of Performing Arts and academic home to the Theater and Performance Studies Program, featuring two theatre spaces: the proscenium Gonda Theatre and the black box Devine Studio Theatre. The Davis Center season unfolds in intimate dialogue with the Theater and Performance Studies Program’s curricular offerings, and each year hosts a thematically linkedhome season of cutting-edge theater productions which features new works and world premiere adaptations, bold interpretations of classics, and important contemporary plays and musicals (recent seasons include A Season of War and Peace, Nature’s Mirror: A Season of Good and Evil, A Season Named Desire, Going Mad, Hidden Histories, and Classics Re-visioned). In addition to mainstage theater productions, the Department sponsors numerous music and dance performances, workshops, readings, master classes, symposia, and guest lectures. The Davis Center also regularly hosts leading artists from around the world for productions, workshops, and residencies tied to our academic mission, and special events such as a major Tennessee Williams Centennial Festival which featured more than 30 events and productions and drew audiences of more than 5,000 people. Recent highlights include Belarus Free Theater; Ping Chong & Company; Dah Theater from Belgrade; Sojourn Theater; Liz Lerman Dance Exchange; Pig Iron Theatre Company, and others. The Davis Center is a hub for interdisciplinary exchange on and off campus, as well as with the wider D.C. community, through active partnerships with numerous leading organizations such as Arena Stage at the Mead Center for American Theater, Embassies, and others.

The Laboratory for Global Performance and Politics at Georgetown University is a joint initiative of the Theater and Performance Studies Program and the School of Foreign Service. Led by Professors Derek Goldman and Cynthia P. Schneider the Lab leverages Georgetown University’s distinctive strengths in international relations and theatrical performance, developing new interdisciplinary approaches to fostering cross-cultural dialogue and understanding, and to advancing peace and social justice through performance. In addition, the Lab is a generative creative space to foster collaborative artistic projects that realize these goals. Finally, the Lab is a hub and a resource center that, in actual and virtual spaces, brings together an expansive global network of artists, policymakers, scholars, cultural organizations, embassies, faculty, and students. The Lab grows directly out of and builds upon Georgetown’s singular strengths in the areas of theatrical performance and international politics. In June of 2012, Professors Derek Goldman and Cynthia Schneider hosted a major International Convening on Global Performance, Civic Imagination and Cultural Diplomacy with 100 leading artists and policymakers from around the world, centered around a historic residency of leading Iraqi theater artists and students from Baghdad University, supported by a “Reflective Engagement in the Public Interest” Grant. Inspired at that convening by the urgent need articulated by those in the field to bring the arts and policy world into deeper interaction, the Lab was officially launched in March, 2013 in conjunction with Anna Deavere Smith’s week-long “On Grace” residency. Other highlights include performances of Athol Fugard’s classic The Island by the Freedom Theatre’s from Jenin, Palestine; the National Theatre of Prague and Lanterna Magika’s production of Vaclav Havel’s Anticodes; collaboration with the Kennedy Center on its World Stages International Theater Festival; and with embassies and leading international artists and DC theatres on the annual Zeitgeist Festival and Symposium. Each of the Lab’s projects have brought leading voices from the policy world (including, on multiple occasions, Former U.S. Secretary Madeleine K. Albright), into public dialogue with Georgetown faculty and students, as well as artists, scholars, journalists, and public audiences.

Learn more about this project.