Every year, Georgetown College honors its top academic achievers in the annual Tropaia ceremony. Congratulations to our two Department of Performing Arts seniors who received 2017-18 awards in recognition of their academic and artistic excellence, creativity, and initiative in their fields!

The Kircher Medal is named after Jesuit polymath Reverend Athanasius Kircher, S.J. (1601–1680), whose interdisciplinary approach to the study of music profoundly influenced the fields of music history, acoustics, composition, aesthetics, and ethnomusicology. The Kircher Medal is presented annually to the senior American Musical Culture major, who in the judgment of the faculty, best exemplifies excellence, creativity, and initiative in the fields of music scholarship and performance. 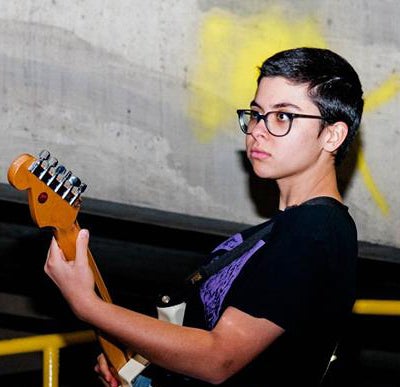 Natasha Janfaza (COL’ 18) graduated with a double-major in American Musical Culture and Linguistics. A classically-trained violinist, she initially served as concertmaster in the Georgetown Orchestra. Having taken the course Rock History taught by Professor Benjamin Harbert in her junior year, she was inspired to start a punk band. On guitar and vocals, she fronted Panini Girlfriend, which went on to play through the ranks of DC DIY venues, with bassist Michael Poletti and drummer Michael White. Janfaza has also focused on musical projects without the vigor of her bandmates. Before embarking on a solo tour up the east coast in the spring, she opened for The Messthetics, featuring former Fugazi members Brendan Canty and Joe Lally. Janfaza has also focused heavily on fortifying the local arts scene on Georgetown’s campus. She hosted and organized house shows and small art exhibits as a part of the non-university-recognized group GUCCI (Georgetown University Collective of Creative Individuals). In her senior year, she completed her thesis, which focused on the impact of the sonorous envelope on female power in the music of the band Purity Ring. Her most recent project is as composer for the play Riot Brrrain, which will premiere as a part of Capital Fringe Festival in July 2018.

The Davis Medal is named after Terrance De’Shawn Davis, a beloved and gifted Theater and Performance Studies Major who indelibly inspired our community and who lost his life tragically in September of 2008.  The Davis Medal is presented annually to the Theater and Performance Studies major who in the judgment of the faculty best exemplifies academic and artistic excellence, creativity, and initiative in the field of theater and performance studies. 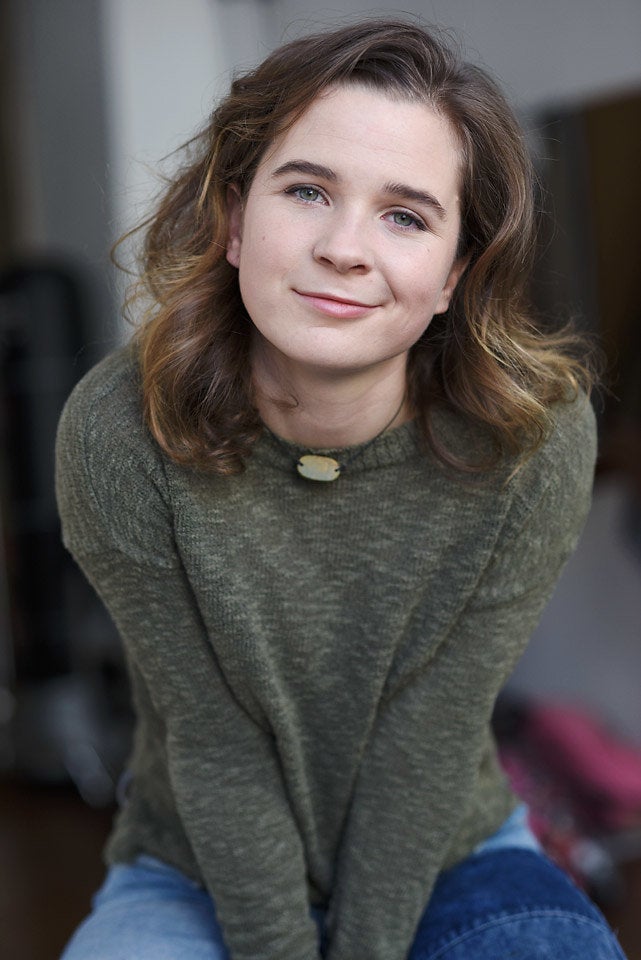 Michaela Farrell (COL’ 18) studied Theater and Performance Studies and Film and Media Studies at Georgetown University. The theater program at Georgetown has given her the opportunity to do just about everything. Her career began with portraying a Newt in Natsu Onoda-Power’s War with the Newts, and pretty much took off from there. Michaela has gotten the opportunity to write and devise with Chicago Experimental Theater Group, The Neo-Futurists, perform in a World Premiere play with an upcoming playwright, and engage academically with classes like Politics and Performance and Cross-Cultural Performance. This past March, Michaela won Georgetown and Arena Stage’s partnership for the Young Women’s Voices Monologue Competition as part of the Women’s Voices Theater Festival. The Theater and Performance Studies Program has opened her eyes to different modes of performance. From puppetry to physical theater, performance can resound and impact a 500-seat theater as much as a shoebox. This world is big, and there’s a spot for all who are ready to explore. Upcoming, Michaela will be participating in the Eugene O’Neill Theater Center’s National Puppetry Conference where she will learn about Experimental Puppetry and the Language of Movement with Alice Gottschalk. Furthermore, she will be working as a Teaching Artist Assistant at Two River Theatre Company’s Summer Intensives. In August, Michaela will go abroad to London with the Laboratory for Global Performance and Politics to devise and document with their team of Fellows. Finally, she will head to Prague to workshop and devise on Svanda Theater Company’s show Protest/The Debt  in a Co-Production with Georgetown University. Afterwards, Michaela will take a nap.