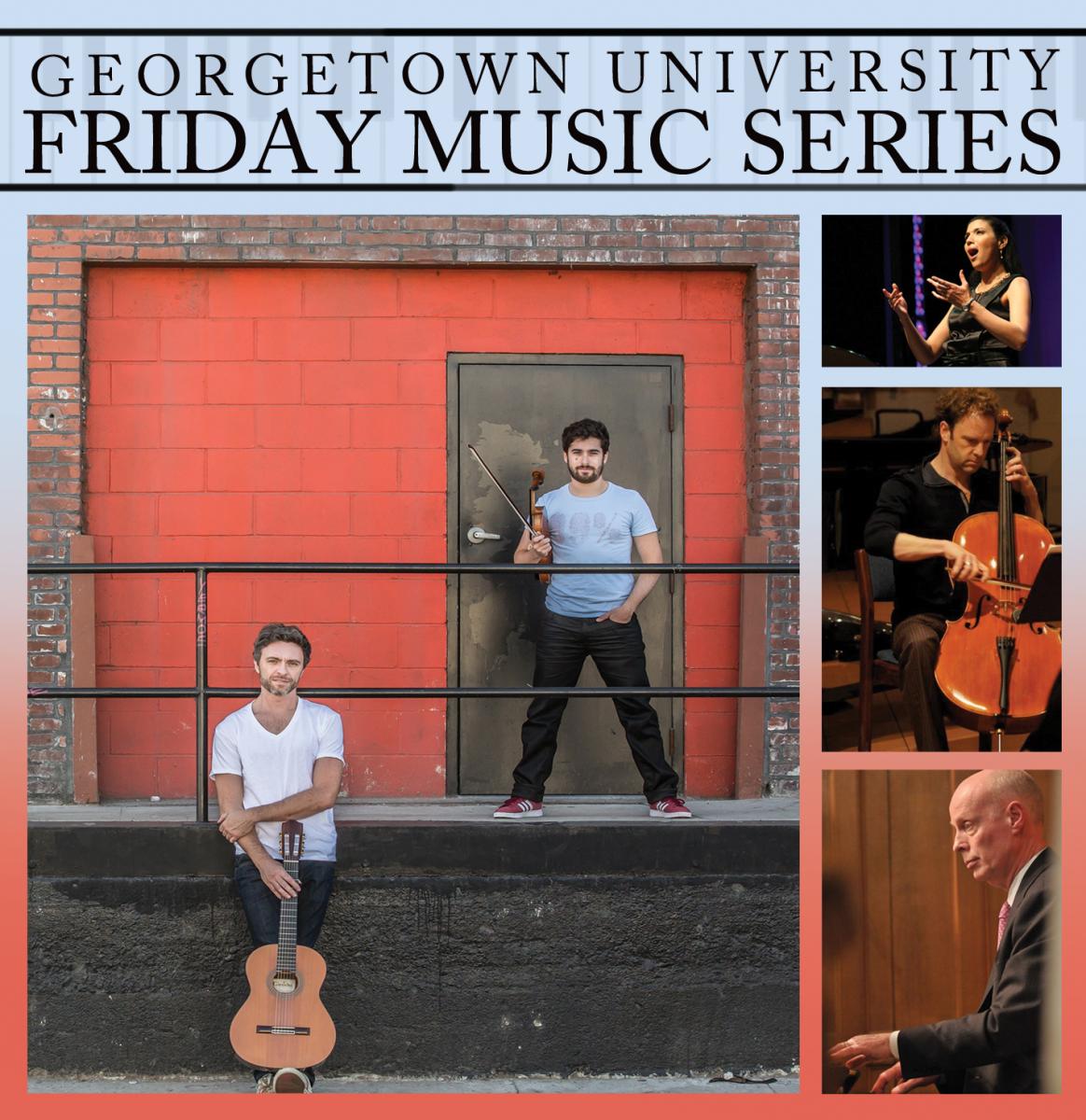 Paul Skevington is the Minister of Music and Liturgy at Saint Luke Catholic Church in McLean, Va., and serves as artistic director of the Music in McLean concert series.  He is a sought after choral accompanist in the Washington, D.C. area, an active solo performer, and can be heard on five compact disc recordings, including as soloist on the internationally released Organ Concertos by Joseph Rheinberger on the Naxos label. This program will showcase the subtle and varied sound colors of the organ, drawing on works by Bach, Elgar, and Vaughan Williams. A good portion of the program will highlight works by American composers, including  the well-known Variations on America by Charles Ives and the Adagio for Strings by Samuel Barber. The Georgetown University Music Program’s Friday Music Series features acclaimed artists in free concerts on Georgetown’s main campus.
*DAHLGREN CHAPEL

Guitarist Tom Farrell and violinist Javier Orman of Dúo del Sol have been called “avant-sonic acrobats” by LA Weekly and “exceptional genius” by I Am Entertainment Magazine. Their debut LP “hello Kaleidoscope” was recently nominated for “Best Instrumental Album” by the Independent Music Awards and the Latin American “Premios Graffiti.” On stage, this firebrand duo harnesses the raw energy of a rock band by wildly stretching their instruments beyond any traditional limits, mixing and engineering their unique sounds like two mad scientists. Their instruments become irrelevant and what’s left is evocative, powerful music.

Grammy Award-winning drummer, producer and bandleader Joe McCarthy has lead a diverse career which has taken him from Symphony Orchestra and Big Band, to Afro Cuban, Bebop, and beyond. A faculty member at Georgetown University’s Music Program, McCarthy is the leader/founder of Afro Bop Alliance, a DC-based Afro Cuban jazz ensemble, winner of the 2008 Latin Grammy for Latin Jazz Album of the Year and nominated for the 51st Grammy Awards in the same category.

This lecture recital explores the role of improvisation in Beethoven’s violin sonatas. After presenting excerpts from various works, Todd and Uhde will conclude with a performance of Violin Sonata in A minor, Op. 23 in its entirety.

Updates to be posted on this page.