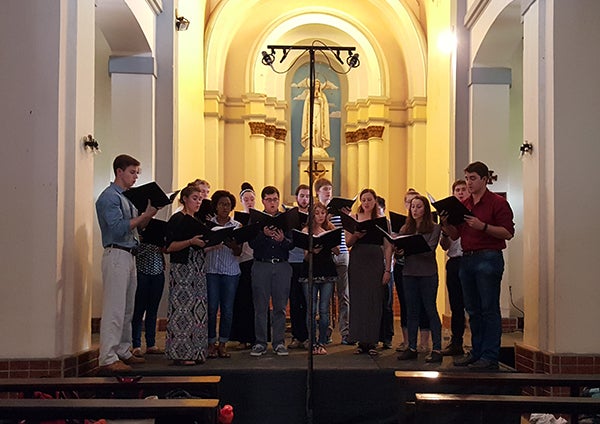 The GU Chamber Singers and Prof. Binkholder gave the prestigious opening day performance and additional concerts at the 2016 International Festival of American Renaissance and Baroque Music in Santa Cruz, Bolivia, which has become one of the largest festivals in Latin and South America. Founded in 1966 by Rev. Piotr Nawrot. Every two years more than 100 ensembles request to perform at the Festival with only 30 groups selected from around the globe, representing every Continent (except Africa) and more than 50 nations. Fr. Nawrot has spent more than 20 years in the former Jesuit Missions recovering more than 13,000 pages of music long-thought lost, while also establishing numerous music ensembles, schools, instrument-making workshops, and this international music festival.

As the first Jesuit University from North America to perform on the Festival program, the GU Chamber Singers sang in the Mission churches of the Chiquitos and performed with two different orchestras comprised of native Indian musicians. The Georgetown University music program has collaborated with Rev. Nawrot for the past several years on concerts for Jesuit Heritage Week. This past February the GU Chamber Singers presented the first performance of Villancicos in Honor of St. Ignatius, hymns from the 18th-century performed for the first time in North America. 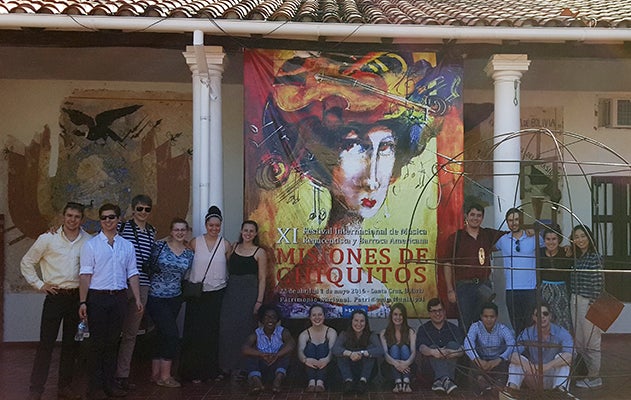